Not a member ? Register here!

• iCandy recognised in sixth edition of London Stock Exchange Group’s 1000 Companies to Inspire Britain report
• Report identifies fastest-growing and most dynamic small and medium sized businesses (SMEs) across the UK
• As a 4th generation family-run business, iCandy has been synonymous with beautiful British design since 1933

iCandy has been identified as one of London Stock Exchange Group’s 1000 Companies to Inspire Britain 2019. The report is a celebration of the UK’s fastest-growing and most dynamic small and medium sized businesses (SMEs), with companies representing over 40 sectors and spanning every country and region across the UK.

The result is a unique and varied list of the UK’s most dynamic companies. More details on the Companies to Inspire reports and methodology can be found online at www.1000companies.com.

iCandy is honoured to be included in the list and as such recognised as one of the UK’s most dynamic companies. The accolade serves to highlight the success of the company, especially over the last year which saw Her Majesty The Queen award iCandy their second Queen’s Award, this time the prestigious Queen’s Award for Innovation.

Innovation is prevalent in all areas of the brand, primarily in the unique products that iCandy brings to market. As the iCandy product portfolio has grown, so too has the list of awards bestowed upon the brand. The iconic iCandy Peach pushchair was not only awarded with a ‘Best Buy’ accolade from Which? but also identified by The Independent as an ‘Indy Best Buy’. The stylish and practical MiChair, crafted from sustainably sourced Beech and Birch FSC plywood, achieved the prestigious Red Dot Award for ‘Product Design’ as well as being Good Housekeeping Institute Approved.  2019 has seen the launch of the iCandy Lime pushchair which features 381 carefully considered individual components that have been designed to ensure the utmost in functionality and quality, including an ingenious integrated ride on board. The prestige of the iCandy Lime has been recognised across the industry and was awarded Gold in the Made For Mums 2019 Awards within the ‘Compact Fold’ category.

In his introduction to the report, Jonathan Reynolds MP, stated. “The report tells a fantastic story about the ability of British businesses to thrive in the face of challenging environments” and iCandy’s collaboration with Land Rover, another iconic British brand showcases iCandy’s drive to take things to new levels. The iCandy for Land Rover pushchair, designed and developed in collaboration with Land Rover’s design team is innovative, functional, aesthetically beautiful and approved by a British icon. Zara Tindall, daughter of Princess Anne and eldest granddaughter of Queen Elizabeth II is an official iCandy ambassador and the iCandy for Land Rover fits seamlessly into her lifestyle. The success of the campaign between Zara Tindall and iCandy was evident in the 13.3% click through rate of a promotional video on Facebook. Whilst this was a single campaign, the impact went far beyond an isolated moment and iCandy saw increased engagement and greater awareness across social channels and other digital touchpoints.

Bradley Appel, Joint CEO of iCandy, “As a British family business we are delighted to be included in this prestigious report. The accolade is a testament to our dedication to British design, craftsmanship and technical innovation”.

David Schwimmer, CEO, London Stock Exchange Group: “Congratulations to all the companies selected for inclusion in the sixth edition of London Stock Exchange Group’s 1000 Companies to Inspire Britain report, which identifies the UK’s most dynamic SMEs. SMEs drive growth, innovation and job creation and are the lifeblood of the British economy. We believe that supporting the growth of these businesses is critical to the UK economy and the creation of a society that works for everyone.”

Schwimmer goes on to say, “This year’s report features companies from a range of sectors and regions, reflecting the entrepreneurial drive seen across the UK’. With an 86-year manufacturing pedigree, iCandy has tapped into this ‘entrepreneurial spirit’ and developed strong relationships with influencers to create a content driven marketing campaign with both macro and micro influencers. With a flourishing influencer marketing strategy in place, iCandy has benefitted from elevated brand awareness across Britain and globally.

A full searchable database of all of the companies along with a downloadable pdf of the publication can be found online at www.1000companies.com

NOTE TO EDITORS:
iCandy is a British family business that celebrated its 85th anniversary in 2018.
The team is dedicated to creating pushchairs that reflect a unique sense of style and practical, well-designed solutions.
The perfect mix of high-tech sophistication and smooth living, iCandy is for people who appreciate the value of British design, craftsmanship and technical innovation.
In 2016 iCandy were delighted to share the news that Her Majesty The Queen had been graciously pleased to approve the Prime Minister’s recommendation that iCandy should receive a Queen’s Award for Enterprise in International Trade.
The Queen’s Award for Enterprise is the UK’s most prestigious award for business performance.
In 2018, iCandy were bestowed with another Queen’s award, this time for the coveted accolade of Innovation. iCandy support Great Ormond Street Children’s Hospital, having pledged to raise money towards the building of an enclosed isolation recovery bay at the Hospital.
The relationship with GOSH is one which the brand is extremely proud of, with all fundraising endeavours going towards raising money for the charity.
Please see iCandy’s Just Giving page for more information. www.justgiving.com/company/iCandy 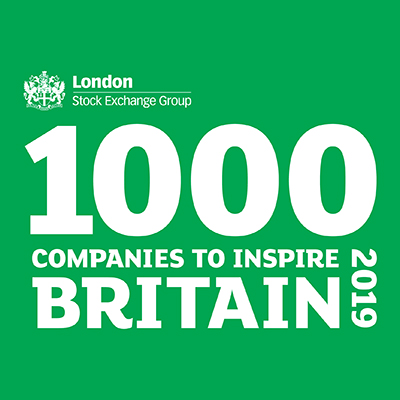